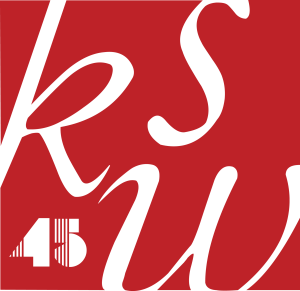 As Kearny Street Workshop gets ready to celebrate its 45th anniversary, we at CatSynth look back in the many ways our histories have intertwined in the past decade, from a shy outsider writing reviews to becoming Board President!

In August 2009, I attended a guided tour of the Present Tense Biennial, an exhibition co-curated by the Chinese Cultural Center and an intriguing-sounding organization named Kearny Street Workshop – it seemed an apt name for organization hosting an exhibition on Kearny Street.  I wrote an article about it which was seen by the folks at KSW including then-executive-director Ellen Oh, who invited me to cover their flagship program APAture the next month.

I did go to several of the APAture programs, including the opening night and visual-arts showcase and the music showcase, writing more articles, making new friends, and probably drinking a bit too much.  This was an entirely new community quite apart from the experimental-music and jazz circles in which I traveled, or the other contemporary visual artists I was meeting.  I went on to attend KSW’s rollicking SF Thomassons Performance Tour in January 2010, and also befriend Truong Tran (himself a former executive director) at the opening of his first solo exhibition Lost and Found.

It was during these and other events that I became more acquainted with the history of the organization beyond the art and artists it was currently supporting.  I learned about the Asian American movement, about the history of the neighborhood from which KSW derived its name and about the fall of the I Hotel.  Kearny Street Workshop was not simply an arts organization, or eventhe “oldest organization in the U.S. focused on Asian American artists”, but a multi-generational group dedicated to local activism and community through the arts.  I became a regular donor and continued to attend events, including A Sensory Feast, and continued to write and share reports.  But in many ways, I was still an outsider looking in.

That all changed in 2013 when APAture returned after a four-year break and I was a performing artist for the opening night. 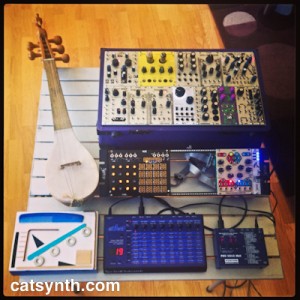 I performed an experimental electronic set with tabletop and modular synths and a dotara (Indian folk stringed instrument) for a large and diverse audience.  I felt more connected to the KSW community, but that was about to become even more so as then program director (and later executive director) TJ Basa invited me to get more deeply involved, recruiting me to join program committees, including the ever-popular Dumpling Wars.  This led to joining the board of directors in 2014.

During this time, KSW was in a process of rebuilding from its board down to its individual programs and partnerships, and returning to its activist and community-focused routes.  Under TJ and new programming manager (now Artistic Director) Jason Bayani we began to focus programming in this direction, including the resurgent APAture festival (which I performed at again that year). 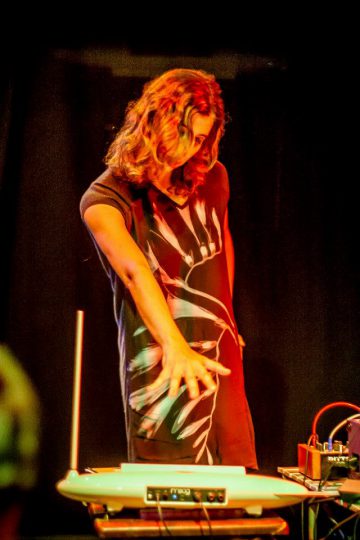 Later that year, I became Board President and Chair as we grew the board into its strongest and most active team in many years.  It was quite an unexpected turn that I would never have anticipated when I first started attending events five years earlier.  KSW became a family, and I was now about as much an “insider” as one could be.  I learned a lot about individual and institutional fundraising, forging relationships with other groups, and the herding of cats that is a small and scrappy but ambitious arts non-profit.  But I still found joy in participating directly in events and writing reviews, including for last year’s APAture festival.  It coincided with the launch of CatSynth TV, and we featured the opening night and book-arts showcase in two of our early episodes.

Tomorrow night is our 45th Anniversary Gala, to be held at the Chinese Cultural Center, where I first encountered KSW nine years earlier.  In a way, it is coming full circle.  But instead of writing a review, I am writing a speech to recognize the 45 years and multiple generations of history.  If you are in San Francisco tomorrow evening and wish to join us, there are still a few tickets available for the general program.