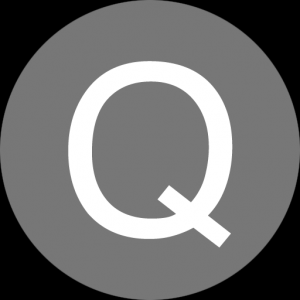 The job-search and interview process is often full of strange twists and turns, and you often can’t tell in advance which company and role will end up being “the one”, and which ones won’t.  Even within a single job interview, that can be the case, as in the story told in this week’s article.

The office, a loft space in an older building, was gorgeous.  It was bright and minimalist, with lots of glass and metal details.  The furniture in the waiting area had a mid-century modernist vibe.  There was definitely an integrated aesthetic to the place – even extending into the bathrooms – and it was one that I liked.  There were also some concerning signs.  It was crowded, and particularly in the engineering sector, people seemed to be sitting a little too close together for my comfort.  I got the sense during the interviews that collaboration was highly valued – they even seemed to be proponents of the dreaded practice of pair programming in which pairs of software engineers formally work together on a problem.  Now there is nothing wrong with working together, getting an extra pair of eyes on a piece of code, but only when it’s informal and infrequent.

But the technical portions of the interview put me at ease.  The questions were challenging and esoteric, but I was able to handle most of them, even surprised my interviewers in getting a couple of tough Android questions right.  As a bonus, the interviewer from outside the domain asked questions about mathematics and high-performance signal processing which gave me a chance to show off a bit.  So when I got the call back a day later from the recruiter that I had impressed them technically and that they wanted me to come back in for the next steps I was excited and put aside my concerns.  The next steps involved having lunch with the Android team and meeting one of the co-founders.  The lunch went well – it was great to see that my potential teammates included two other women – and I felt relaxed, even a bit boisterous as they asked about my music and such.  The meeting with the co-founder/CTO was a more serious affair, but also positive.  He had an affable but businesslike and direct manner, and at the conclusion of our conversion he said he could see me working there – he also shared that while they offered lunches, as a policy they did not offer dinners, as they wanted to encourage people to go home and spend time with their families, etc.  This seemed sober and civilized, especially in comparison to where I had come from before.  And a final boost of confidence came as I was leaving and ran into the interviewer from the first round who had asked me the mathematics and low-level computing questions – he said he was definitely pulling for me.

There was only one more step: meeting the other co-founder/CEO, whose main focus would be to test for cultural fit.  I had some trepidation about that, but I respected their process, and I felt good enough about the previous rounds that I wasn’t too worried.  As soon as he entered the conference room where I was waiting, I could tell this was going to be very different.  Compared to everyone else I had already spoken to, including his co-founder, he had a very awkward manner.  He seemed to avoid eye contact with me, and his voice had a very flat contour – classic characteristics of someone who is “on the spectrum”, at least in the popular imagination.  It’s always a little weird for me to be more expressive one and the one who carries the energy for the conversation, but I did my best.  However, when in the middle of talking about myself and my work I mentioned that I like to work “quietly and independently” his body language went from flat to sullen.  He then asked what I meant by that, and I tried to answer truthfully and analytically, but it was clear this was the wrong thing to have said.  “Quiet and independent” was not going to be a cultural fit.  And a few days later, I got the notice that I was turned down.  They did not cite a reason or give any feedback, but it was clear in my mind that it most likely came down to those three little words “quiet and independent” in that last interview.

The question remains why?  Why would a culture of hyper-collaboration, proximity, and interaction trump getting things done?  I don’t have the answer to that, but I suspect they saw my professed independence as a liability for their organization.  A bit more sinister, I was left wondering if my response was seen more negatively because I was a woman.  I have observed that cultures that put a premium on teamwork and collaboration seem to expect women to be “even more so”; and that women are treated more severely for being contrarian or pushing back.  Again, I don’t know whether that played a role in this instance, but there were other instances where it most certainly did, and I will share in a subsequent article.

As for this particular job search, the same day I was notified that I was turned down for this position, I had an interview for another that led to an offer that turned out to be one of the best overall work experiences I have had.  As I said at the start, you never know how things will turn out.