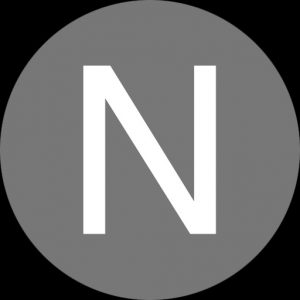 With multiple suicides of noted figures making headlines this week, it is no surprise that depression, too, has been a major topic of discussion, both in the news and on social media.

First, let’s look at depression itself.  I am not a psychologist, nor a licensed professional of any sort when it comes to mental and emotional health.  I am, however, someone who has dealt with depression.  Mostly mild, but sometimes quite severe.  And it’s different from sadness.  Sadness is a rich feeling, albeit a deeply painful one at times.  Depression is a hole, an absence of feeling that can be very debilitating and frustrating.  Most of the time, it is just something that comes and goes periodically, like the tides, seasonal flooding, or the marine layer that often blankets San Francisco.  Sometimes it is the byproduct of prolonged stress, from a workplace, from relationships, or really anything.  When Luna was diagnosed with cancer, and when she later passed away, there was tremendous sadness and grief.  But the depression is separate from sadness, and in the case of Luna’s illness, it was from the stress and sometimes a sense of helplessness that came in between those events.

Another thing that can cause or exacerbate depression is a sense of being trapped.  This can be confinement to a physical space, but also mental or metaphoric.  The sense of being “trapped” in the wrong birth gender would be one example, as would being trapped in a bad relationship (a long time ago), or any number of negative workplace experiences over the years.  It can come from being trapped by others expectations, or fear of being judged and shamed for something as simple as deciding what to eat for lunch.  One can also feel trapped by negative emotions like sadness and the fact that our culture sanctions very few outlets for them outside of grief.

The most important thing, I have found, is to reduce the sense of feeling trapped.  Like reducing artificial barriers on a shoreline, it allows the emotions to ebb and flow more gradually and naturally, and not get caught up as easily in dangerous cycles.  That could be something small, like going out for a walk and getting fresh air, or deciding to leave a bad job.  It could be a good cry – I find adorable pictures of cats can be a good way of inducing a depression-cleansing cry.  But more often than not, the activity requires a fair amount of space and solitude.  Like a road trip, playing one of the synthesizers, or cuddling with my cat.

Well-intended inquiries and offers of company can actually have the opposite effect and can lead to feeling even more trapped, stressed, and depressed. In a sense, this is bringing a “forced togetherness” situation into the picture.  The best thing to do to help, outside of a genuine crisis situation, is to let people know you are there if needed, and then wait for your friend or loved one to take the lead.  Don’t assume, and don’t treat the depression as something that needs to be tamped out.  Do listen, because sometimes all a depressed person needs at the moment is to be heard and acknowledged, not to take action.  And let them tell you what they need: if it’s company,  help with a particular problem, or simply to be left alone and to feel free to be themselves and do what they wish without judgment.

Of course, none of this applies in a genuine crisis situation, where the immediate needs of the crisis take precedent.  While we sometimes have to make a call on whether a situation is a crisis, but handling it is often best left to professionals if possible.

The other caveat is that everything I have described is deeply individual and likely to be different for different people.  But that is the most important point.  Everyone is different and experiences depression differently.  And attempting to force the same solutions or advice can only make things worse.