It’s our twelfth anniversary!  It’s hard to believe that this little project I started as a lark in 2006 is still going and expanding.  Here is that first picture of Luna that went up on July 19, 2006! 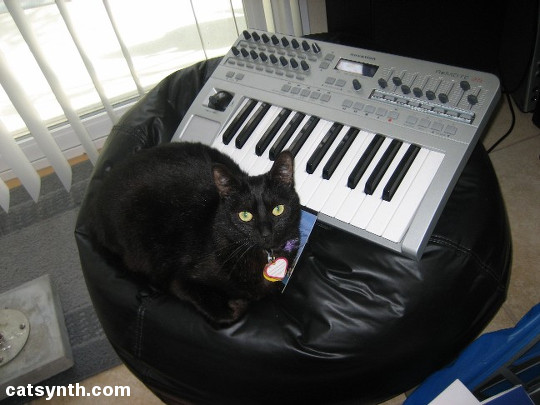 As always, we look to the anniversary as a moment for reflection and for changes.  We don’t have compiled detailed stats this year, but we do have several high-level milestones.  Most notably, we launched CatSynth TV last October, and since then have shared 74 videos! More are on the way.  We have continued to develop our apps, including the original CatSynth: The App! and Highway☆, though there is so much more we want to do there, both with existing and new apps.  And Sam Sam has blossomed into the new star of CatSynth!  With so many facets competing for our attention, there has been less time for the long-form reviews that once dominated this site, though we still write long-form articles when we can.  So with that, we make some announcements:

So please join Sam Sam and me in celebrating twelve years of CatSynth!  We look forward to sharing many more with all of you. 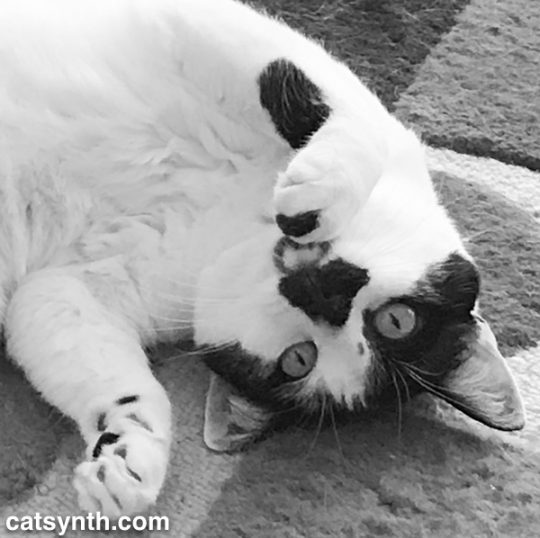