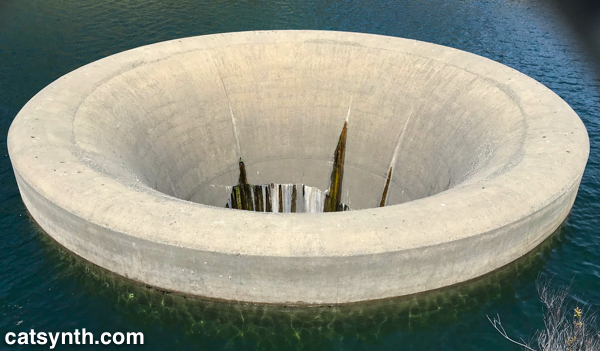 The “Glory Hole” spillway at the Monticello Dam at Lake Berryessa, California. 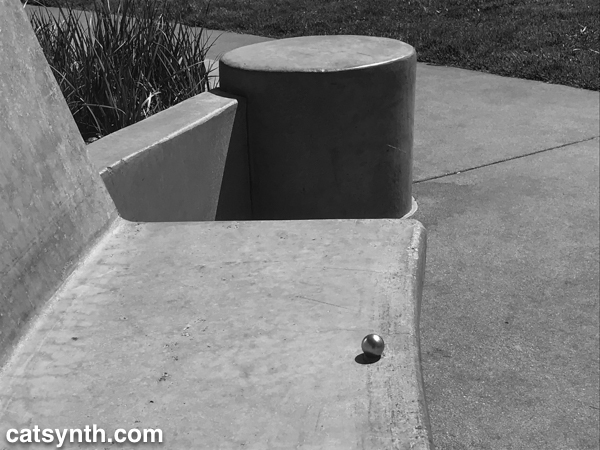 A study in geometry and texture at Lafayette Park in San Francisco.

I am always on the lookout for art that celebrates the landscape and texture of the city in unique ways. Shai Kremer’s solo exhibition at Robert Koch Gallery in San Francisco, Concrete Abstract & Notes From the Edge, fits this goal perfectly. Through choice of setting and compositional techniques, Kremer presents views of New York that are outside the usual iconography of the city.

In Concrete Abstract, Kremer looks at the reconstruction efforts at the World Trade Center site. The large-scale photographs feature overlaid images of the construction at the site between 2001 and 2012 and look quite abstract and fantastical even as they reveal real elements such as girders, concrete columns and pipes.

On one level, a viewer aware of the fact that these are from the World Trade Center site can look for elements that one expects in a large-scale construction project, as well as reminders of the destruction and recover efforts that preceded. However, one can also look at all the layers together to reveal and imaginary future city on an immense scale not yet realized, something out of Metropolis or any number of dystopian urban films. In Concrete Abstract #5, shown above, the concrete skeleton of the floors of the building with their columns become a three-dimension grid of city blocks, with the overlays providing the individual character of each block, some bustling with movement, others looking a bit forlorn.

In Notes From the Edge, Kremer focuses on details and landscapes at the periphery of the city, with the familiar shapes of the Manhattan skyline visible in the distance. The famous cityscape becomes a background to help frame the true subjects of the pieces.

Kremer explores a variety of locations and elements in this series, ranging from the decaying structures on the Brooklyn waterfront shown above to the clean lines and geometry of the Liberty State Park memorial in New Jersey. There is a painterly quality to the photographs which makes the foreground elements seem like an imaginary projection onto the real city. In making real images of the urban landscape seem more fantastic, Kremer unites this series with the pieces in Concrete Abstract. Taken together, we imagine a city as an unimaginable hive of activity at its core and quiet haunted decaying spaces at its edges.

Kremer’s work in both series is technically strong and demonstrates how simple but unexpected elements can be combined to make views of the city that are unique and celebratory without being overly romantic. This is a quality that makes for great urban art (and great art in general).

The exhibition will remain on display at Robert Koch Gallery through Saturday, June 15. If you are in San Francisco this Friday or Saturday, I strongly recommend checking it out.

You can find this photo on flickr, as well as others (including previous Wordless Wednesday photos).